Over the years, there have been many cases of people finding their Mustang's original factory build-sheet tucked in behind a difficult to reach spot.

Wedged between the springs and the foam on the underside of one of the seats is a favourite spot, whereas workers at the Metuchen plant (where our car was built) favoured wrapping and taping the build-sheet to a part of the wiring loom, often behind the dashboard.

The build-sheet is the paper document that accompanies the car as it rolls down the production line, and tells the workers the specification of the vehicle and the parts to be fitted. Usually, they are either discarded after production, or lost to the mists of time.

However, ours survived, having been taped to the wiring behind the dashboard 50 years ago by some forward-thinking line worker. 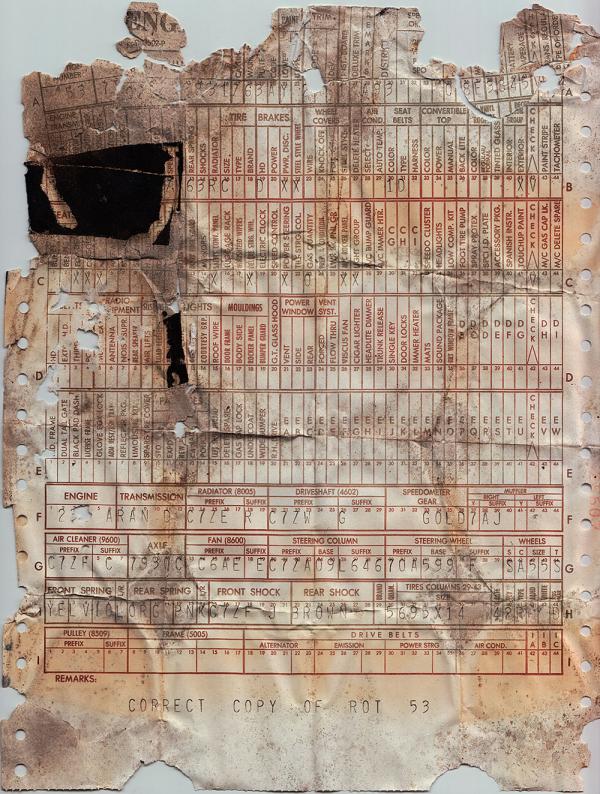 Of course, it's in a rather poor state, but it's a wonder it still exists at all.

Given how hard it is to make out many of the details, we set about recreating how it would have looked when it was fresh off the line-printer. 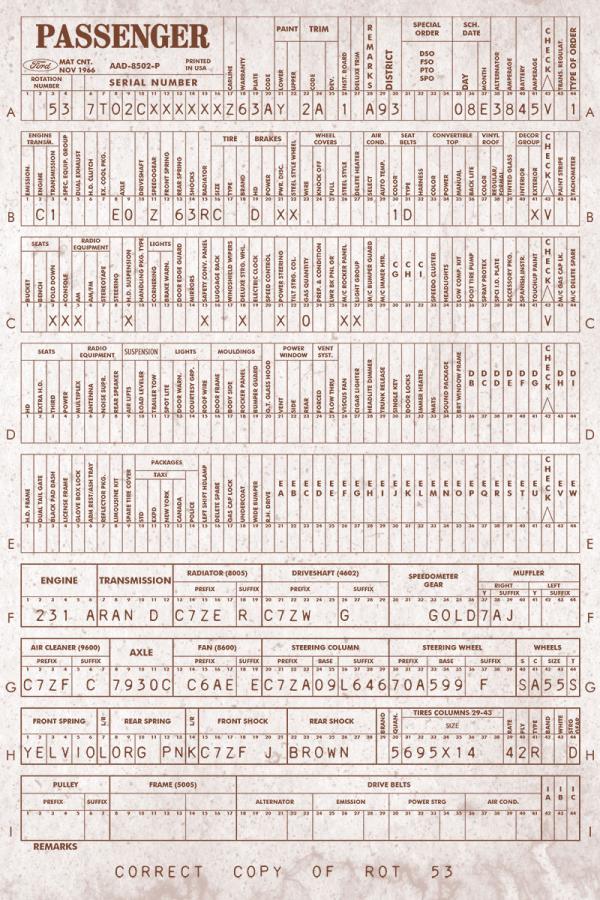